The core loop is up and running, but I don't have anything animated to show you yet as it's all boxy boxes without HUD or menus. What I can say is that it's a 3D game called "Step Me Deadly" and it looks something like this in Unity: 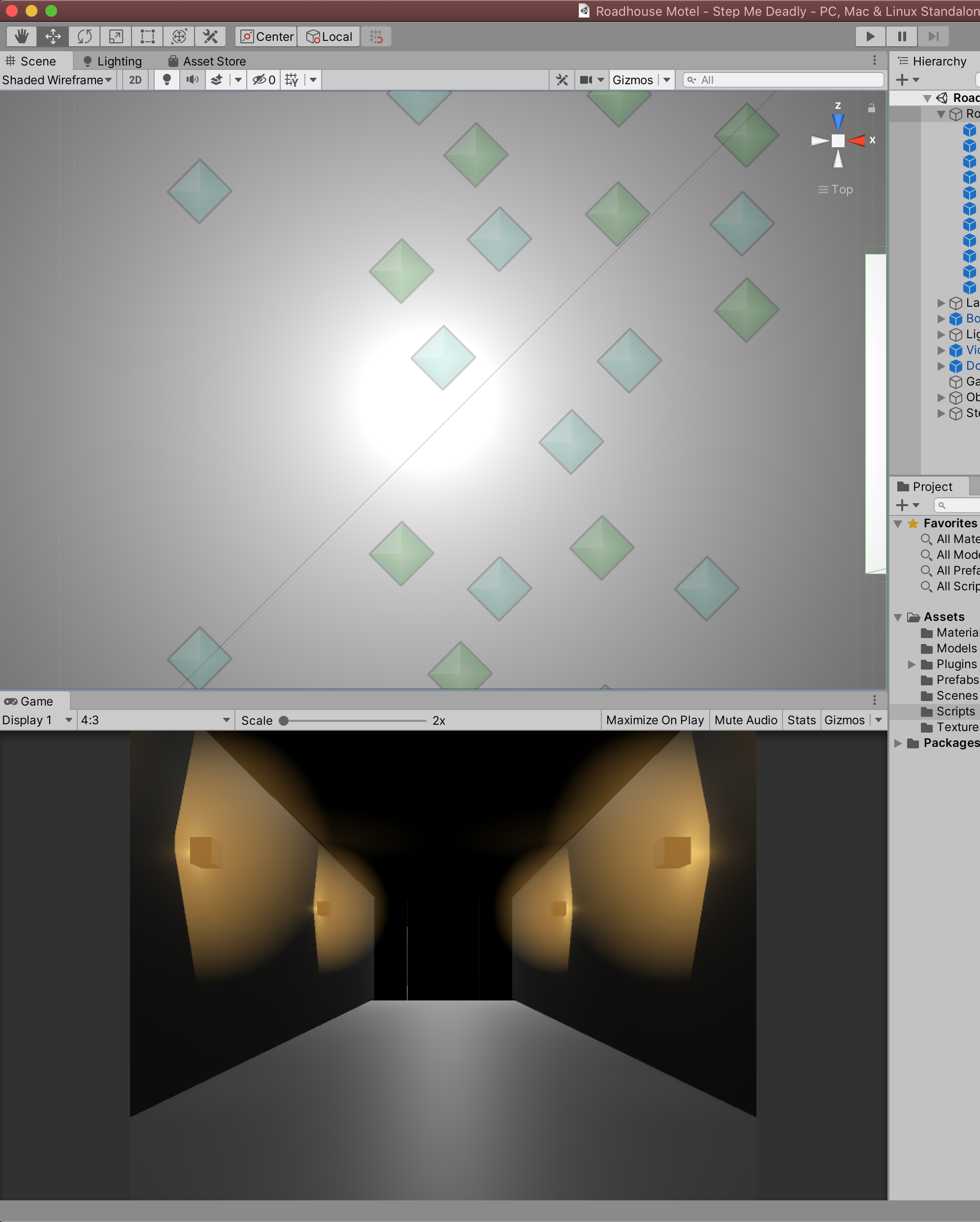 Next I'll add the HUD and menus, at which point I can post a gif. Progress has been smooth so far, which worries me, because it can only mean that something big will go wrong very soon. Let's hope it doesn't.